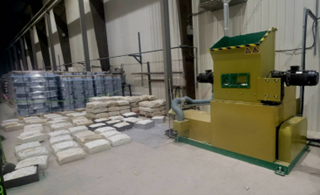 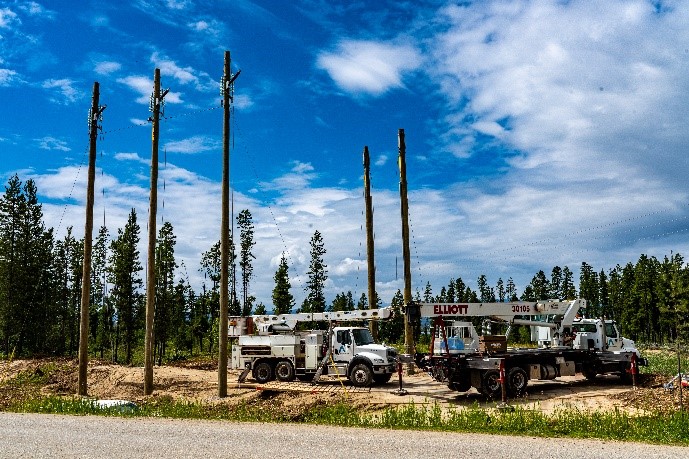 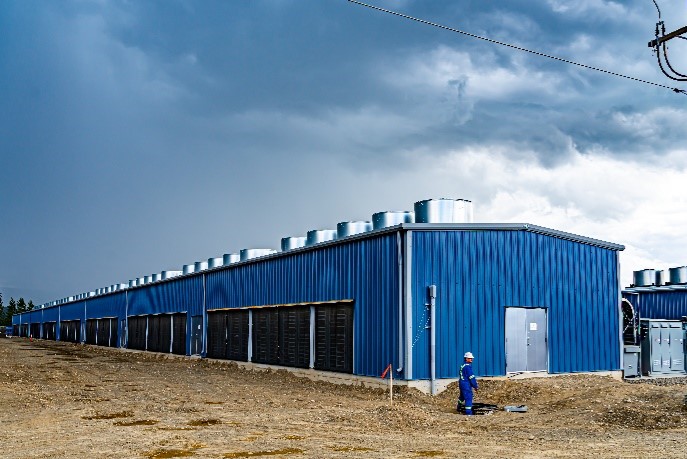 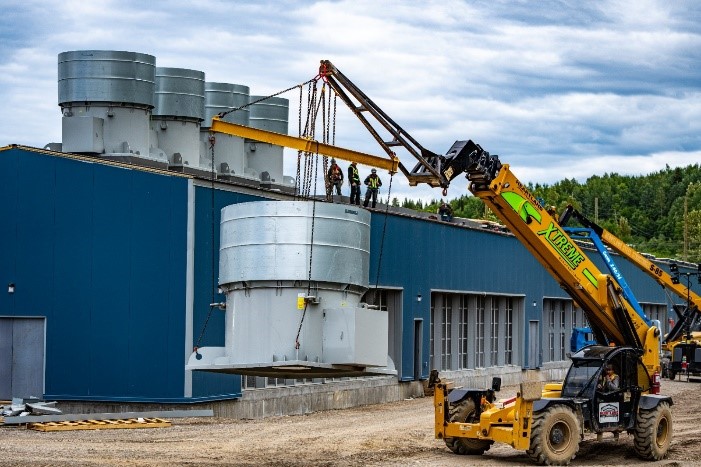 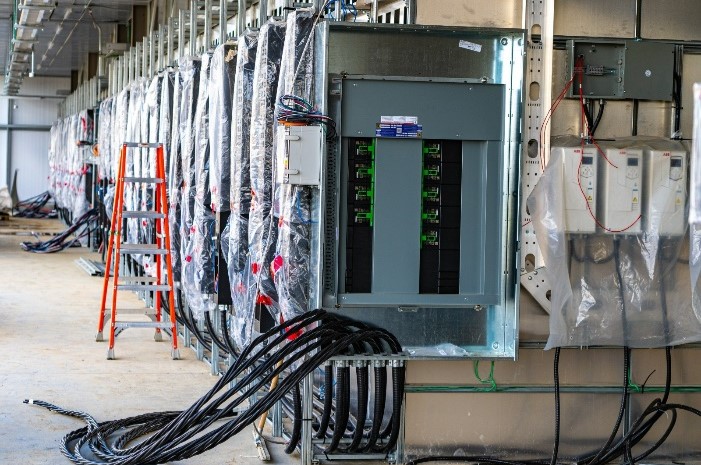 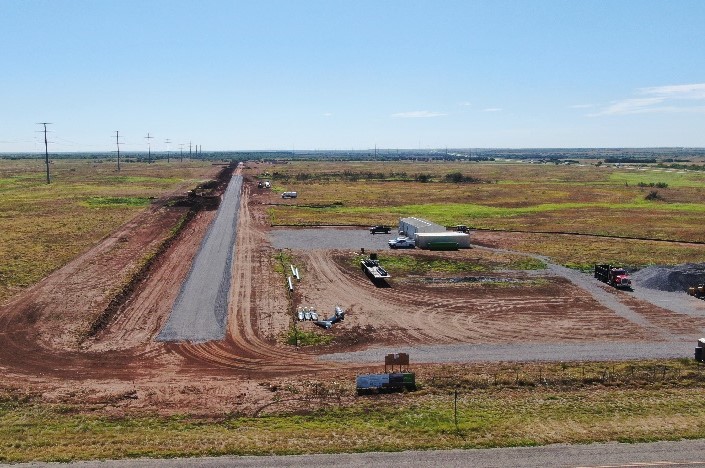 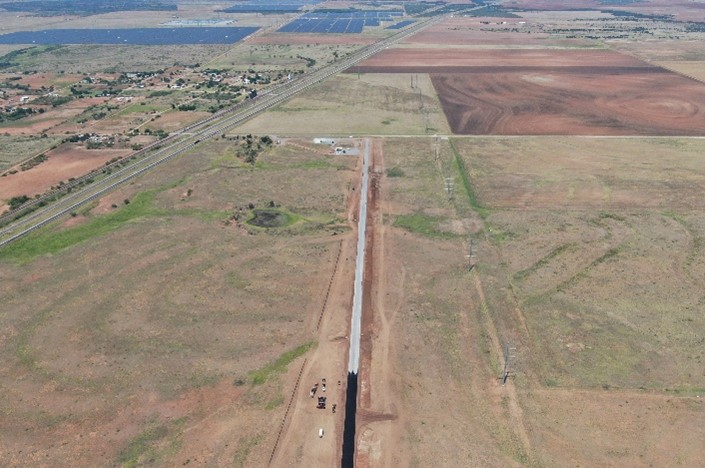 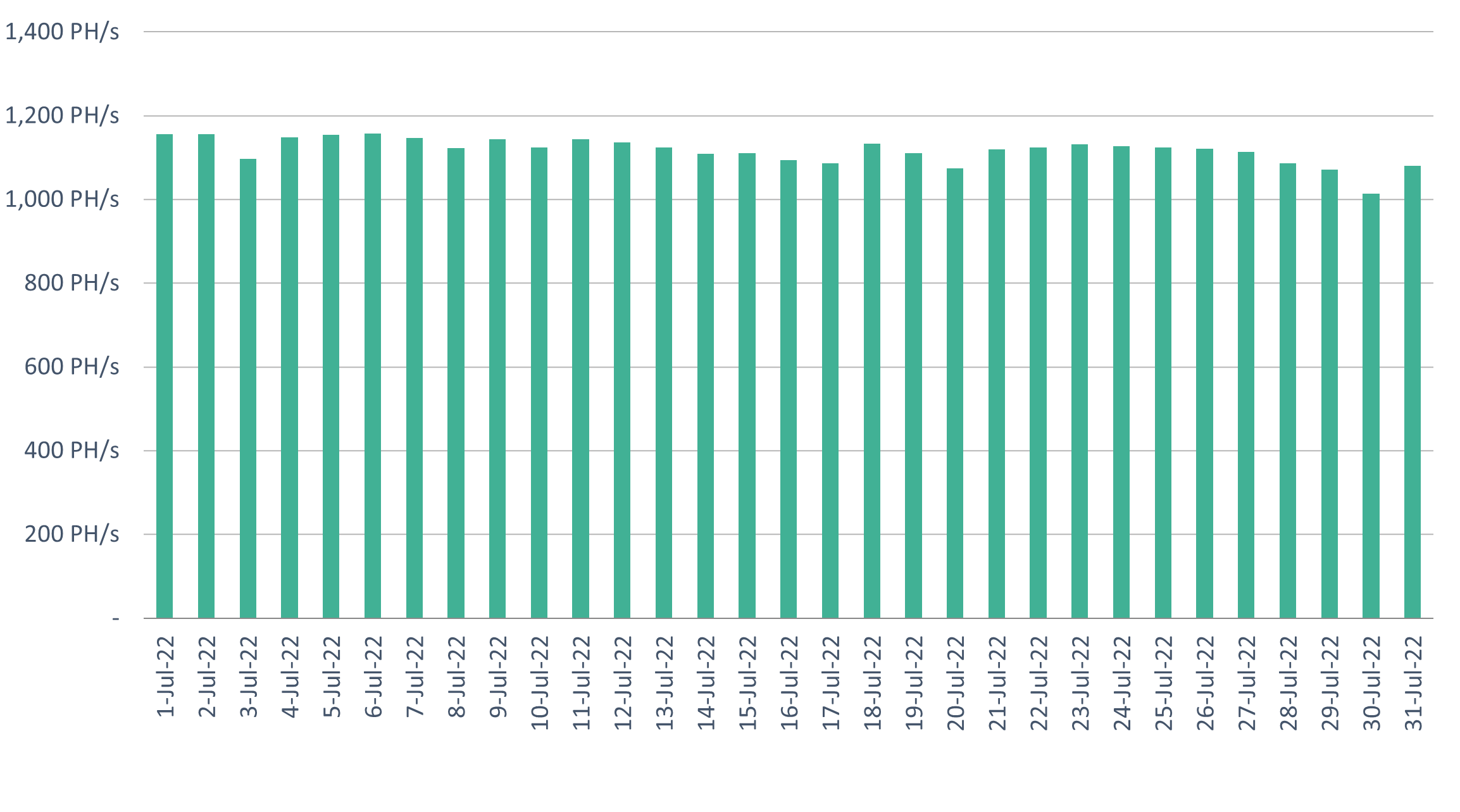 Mackenzie (50MW) commissioned ahead of schedule

On August 1, 2022, the Company announced that it had reached agreement with Bitmain Technologies Limited (“Bitmain”) to ship an additional 1.7 EH/s of S19j Pro miners in August 2022. This increases the Company’s expected operating capacity from 4.3 EH/s to 6.0 EH/s. The Company is currently working through deployment options across its sites, including Childress, for the additional capacity.

The Company welcomed Heather Miller as Vice President – People, Culture and Community. Heather has over 15 years’ senior People and Culture professional experience across all aspects of HR and joins Iris Energy from Nutrien, a ~US$45bn5 multinational agribusiness, where she was Senior Director, Digital HR & HR Business Relations.

The Company welcomed Javier Garcia as General Manager – Engineering. Javier is a professional Engineer with over 15 years’ experience in Electrical Engineering and Power operations, and joins us from Rio Tinto, a ~US$101bn5 multinational mining group, where he was the Power Operations and Nechako Reservoir Superintendent for the Kitimat alumina smelter and hydro power generation.

Iris Energy will be participating at the upcoming Canaccord Genuity 42nd Annual Growth Conference in Boston, Massachusetts between August 8-11, 2022.

In attendance will be Daniel Roberts (Co-Founder and Co-CEO). Daniel will be presenting an overview of the Company on Tuesday, August 9 at 1.00 p.m. Eastern Time. Interested parties can register to view a webcast of the presentation using this link:

Daniel will also be available for one-on-one meetings with investors during the conference. For more information, please contact a Canaccord Genuity sales representative.

Canal Flats has been powered by 100% renewable energy since inception.6

The project achieved average monthly operating hashrate of 836 PH/s in July compared to 872 PH/s in June. The slight reduction from June was due to the impact of summer temperatures on our first generation pilot R&D facilities. Canal Flats continued to exceed previously announced site capacity of 0.7 EH/s.

In line with our focus on sustainability across all aspects of our operations, the Canal Flats logistics team recently installed a new green initiative with an expanded polyethylene (EPE) foam densifier, which has the capacity to recycle over two tonnes of EPE per month, derived from miner packaging. The machine reduces the volume of EPE by 90:1, which allows densified EPE ingots to be sold and recycled into a number of new polyethylene products.

Mackenzie has been powered by 100% renewable energy since inception.6

On August 8, 2022, the Company announced it had energized the remainder of the first 1.5 EH/s (50MW) at Mackenzie, marking delivery of phase two of the project. Both initial phases have been commissioned ahead of schedule:

Construction activities at Mackenzie continue to progress for phase three, with the expansion from 50MW to 80MW still on track to be completed by the end of Q4 2022.

The initial 9MW at Mackenzie achieved average monthly operating hashrate of 282 PH/s in July compared to 292 PH/s in June. The slight reduction was in line with expectations and due to the temporary power draw cap of 9MW and increased exhaust fan utilization during the warmer weather, along with scheduled outages associated with the site transitioning to the high voltage transmission network in early August as part of energization of the full 1.5 EH/s (50MW).

Upon completion of all three phases at Mackenzie, 80MW of proprietary data centers are expected to power ~22,000 Bitmain S19j Pro and S19j miners (already under contract), generating 2.1 EH/s of incremental hashrate.

Major equipment installation in the substation has commenced and the underground portions of the on-site distribution network are complete.

Prince George remains on track to be energized by the end of next month and, upon completion, 50MW of proprietary data centers are expected to power ~15,000 Bitmain S19j Pro and S19j miners (already under contract), generating 1.4 EH/s of incremental hashrate.

As previously announced, the Company continues to progress preparatory construction and procurement activities at the 600MW Childress site to preserve the opportunity to scale once market conditions improve.

Potential development options are under consideration, including with respect to the recently announced additional 1.7 EH/s of contracted miners.

Applications for the Community Grants Program at Mackenzie and Childress are now closed. Applications are currently being reviewed, with grants to be made available in due course.

Other notable local community initiatives during the month included sponsoring the 4th of July kids parade in Childress and renewing our support for the Columbia Valley Rockies Hockey Club for the 2022/2023 season.

Development works continued across additional sites in Canada, the USA and Asia-Pacific, which have the potential to support up to an additional >1GW of aggregate power capacity capable of powering growth beyond the Company’s 795MW of announced power capacity.

The Company’s average operating hashrate was 1,117 PH/s in July compared to 1,164 PH/s in June, with the Company’s operating capacity increasing to over 2.3 EH/s following the transition to the high voltage transmission network in early August as part of energization of the remainder of the first 50MW at Mackenzie. Power prices at Mackenzie are also expected to reduce by approximately 19% as a result of moving from the distribution feed to the transmission network.

The Company mined 154 Bitcoin during the month, a 4% increase from 148 Bitcoin mined during June 2022, which was primarily attributable to a decline in the average difficulty-implied global hashrate during the period plus one extra operating day in the month. The fall in the global hashrate suggests higher cost miners may have dropped out of the global Bitcoin network during the period, thereby allowing lower cost miners (such as Iris Energy) to increase their share of the network and Bitcoin mined.

The increase in electricity costs in July compared to June was primarily due to one extra operating day in the month.

* Reflects actual recorded operating power usage and hashrate (not nameplate). Note: nameplate capacity is higher than actual operating power usage due to features of the Company’s proprietary data center design which utilizes variable speed fans to reduce power consumption during cooler months, as well as the Company maintaining a buffer within its infrastructure capacity that can be also directed to other site uses (e.g. in-house fabrication shop at Canal Flats is currently operating as Iris Energy has the advantage of saving time and costs by internally constructing certain components for its expansion sites).

* Reflects Bitcoin mined post deduction of mining pool fees (currently 0.5% x total Bitcoin mined).
** The increase in electricity costs (vs. June) was primarily due to one extra operating day in the month.

Iris Energy is a sustainable Bitcoin mining company that supports the decarbonization of energy markets and the global Bitcoin network.

These forward-looking statements are based on management’s current expectations and beliefs. These statements are neither promises nor guarantees, but involve known and unknown risks, uncertainties and other important factors that may cause Iris Energy’s actual results, performance or achievements to be materially different from any future results, performance or achievements expressed or implied by the forward-looking statements, including, but not limited to: Iris Energy’s limited operating history with operating losses; electricity outage, limitation of electricity supply or increase in electricity costs; long term outage or limitation of the internet connection at Iris Energy’s sites; any critical failure of key electrical or data center equipment; serial defects or underperformance with respect to Iris Energy’s equipment; failure of suppliers to perform under the relevant supply contracts for equipment that has already been procured which may delay Iris Energy’s expansion plans; supply chain and logistics issues for Iris Energy or Iris Energy’s suppliers; cancellation or withdrawal of required operating and other permits and licenses; customary risks in developing greenfield infrastructure projects; Iris Energy’s evolving business model and strategy; Iris Energy’s ability to successfully manage its growth; Iris Energy’s ability to raise additional financing (whether because of the conditions of the markets, Iris Energy’s financial condition or otherwise) on a timely basis, or at all, which could adversely impact the Company’s ability to meet its capital commitments (including payments due under its hardware purchase contracts with Bitmain) and the Company’s growth plans; Iris Energy’s failure to make certain payments due under any one of its hardware purchase contracts with Bitmain on a timely basis could result in liquidated damages, claims for specific performance or other claims against Iris Energy, any of which could result in a loss of all or a portion of any prepayments or deposits made under the relevant contract or other liabilities in respect of the relevant contract, and could also result in Iris Energy not receiving certain discounts under the relevant contract or receiving the relevant hardware at all, any of which could adversely impact its business, operating expansion plans, financial condition, cash flows and results of operations; the terms of any additional financing, which could be less favorable or require Iris Energy to comply with more onerous covenants or restrictions, any of which could restrict its business operations and adversely impact its financial condition, cash flows and results of operations; competition; Bitcoin prices, which could adversely impact its financial condition, cash flows and results of operations, as well as its ability to raise additional financing; risks related to health pandemics including those of COVID-19; changes in regulation of digital assets; and other important factors discussed under the caption “Risk Factors” in Iris Energy’s final prospectus filed pursuant to Rule 424(b)(4) with the SEC on November 18, 2021, as such factors may be updated from time to time in its other filings with the SEC, accessible on the SEC’s website at www.sec.gov and the Investor Relations section of Iris Energy’s website at https://investors.irisenergy.co.

Photos accompanying this announcement are available at